Hacksaw Gaming has a reputation for random, odd, and almost rebellious game styles. This slot is funky and modern in appearance, with nine pay icons and a revolutionary twist on the bonus spins.

With its neon-y symbols, bizarre sound effects, background music, and gameplay mechanics, this slot looks and feels like nothing else you might’ve seen.

Chaos Crew only has 15 fixed paylines but is played on five reels and five rows. While the game RTP is 96.3%, it has high volatility. So, wins take a while to happen and are quite satisfying when they do. For the lucky players out there, a 10,000x total bet is the highest possible return you can get.

If you’ve never played a game developed by Hacksaw Gaming, this one will blow your mind with its ever-present attitude. Then again, you’re possibly well-experienced with the quirkiness of this developer. You might even love their work. Either way, this game won’t disappoint with its wayward style graphics and gameplay.

The demo version is a fantastic way to get in the flow of this slot and soak in the unusual combination of darkness and fun. It’s also the best way to become acquainted with the identities running the grid. If it pleases you, a real money version is available too.

Hacksaw Gaming and Reelzone have now become partners in the game industry. A bit of tournament adrenaline is bound to get your blood pumping on this free slot platform.

What’s the Gameplay Like for the Chaos Crew Slot?

The game consists of nine usual symbols, a wild, and free spins scatter. The main character is Cranky, the cat, who doubles as the wild and a multiplier for this slot game. If the winning line displays more than one, they multiply each other and increase your wins.

Cranky’s partner in crime is Sketchy, the skull, who joins the team during the bonus round and makes the gameplay even more entertaining. While Cranky multiplies, Sketchy adds numbers to the already existing reel multipliers.

The slot is quirky, with a twist of playing until the bonus round is triggered or jumping the queue and buying it.

Pay Attention to These Special Features

Free spins: 3 scatters start the bonus feature with three free spins. Each reel gets a counter, and usual symbols transform into non-winning ones—only the cat and the skull matter here.

Cranky and Sketch: these characters add the count on the reel instead of the payline. If three spins fail to host one of them, the round ends, your winnings pay, and the base game returns.

Epic mode of the characters: these are boosted character variants that payout much more than normal versions. They only appear during free spins to add a kick on your final payout.

Give Chaos Crew a few rounds of your gaming time, or click here for more slots from Hacksaw Gaming. 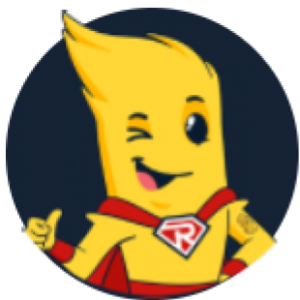